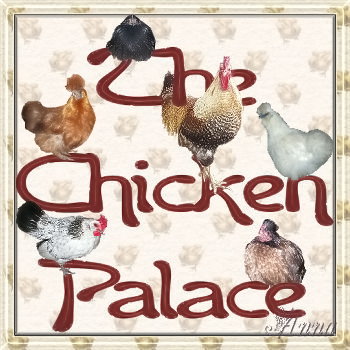 The Chicken Palace :: General :: Across The Fence

i feel soo bad for hubby. saterday he got what is known as a "keyloger" on his comp it starts out like a trogen then rakes hell though out your comp.

long story short. we have done every thing. to fix it. he now findly whent and erased his comp. and reinstalled every thing. BUT THE DAMAGE IS DONE.

poor guy... they hacker broke in to his world of war craft account. the same account he has been workin day and night on for some 4 yrs now. he had the best dis priest on his server it was something to be VERY PROUD of.

the hacker is what is known as a gold farmer. the gold on the game acounts goes for about 100 bucks usa dallors per 1000 gold. on the markit. totle dans account was well worth over 1-2 thousand dollars on e-bay. as he had 3 lvl 80 toons. "epiced" out. meaning the best gear you can get for them.

any way poor dan had to wait ALL DAY SUNDAY for blizz to get a hold of him. mean wile he would pop on to my account and sit and watch as his rogue was "boted" to farm for 28 hours strait makeing gold for this hacker. it killed him inside to know there was nothing he could do about it too.

he findly got his acount back yesterday. to find all his toons except the rogue. STRIPED TO THEIR UNDIES. not a bit of clothing or gear on them. his banks empty. and a new toon on the acount named " hacken" sellin all his idems of on the auction house. LMAO "hacken" lol kinda funny really. but still just horable. 4 yrs of work all gone in one night.

blizz said he might get his stuff back but will take them some 9-11 DAYS!! to bealbe to hunt though all the arcives to find what he had.

poor guy he is just devatated. but he is keepin a cool head. ........ i on the other hand was PISSSSSSSSEDOFFBIGTIME. not even my toons but omg. i tell ya . if it had happend to me. i would have been bookin flys to china for a killin spree. the mear thought of some one molesting my little cow or elfs UGGGGG i woulds SMITE THEM and CURSE THEM and leave them for the wild piggies of azoroth. let the old gods of war craft. turn the bones to dust. and their legend fad with it..... geerrrrrrr. 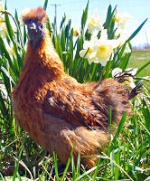 The Chicken Palace :: General :: Across The Fence